Today it is the duty of all the countrymen who believe in the ideology and constitution of Dr. Ambedkar, to mobilize against the Hindutva agenda of RSS / BJP to establish a Hindu Rashtra and make it a failure.

April 14 is celebrated as Dr. Ambedkar’s Jayanti, that is, Dr. Ambedkar’s birth anniversary, not only in the country but also abroad. On this day, while he is officially paid tribute and he is praised by government representatives, his devotees also pay homage to him. All these events mostly take the form of a celebration and ritual. There are very few such events where on this day there is a serious discussion about Dr. Ambedkar’s life philosophy and its present relevance. Its festive form has its own significance. But discussing the relevance of Dr. Ambedkar’s philosophy in the current scenario can be more useful. Therefore, it would be more expedient to evaluate the current political and economic scenario in the light of Dr. Ambedkar’s philosophy and ideology. 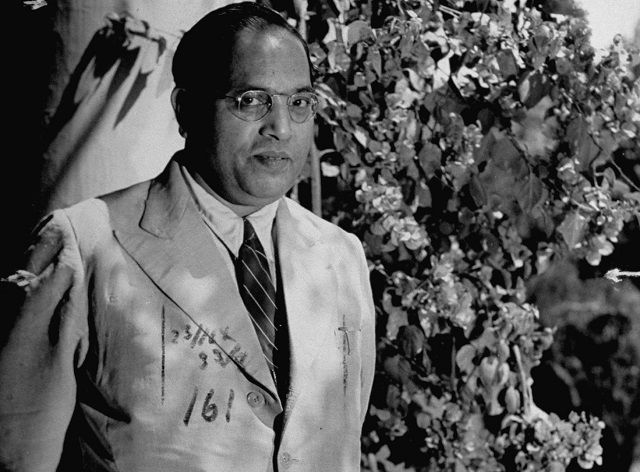 Let’s first look at the current political scenario. As everyone is aware that at present, there is BJP government in the Centre and many states whose main agenda is the establishment of Hindu Rashtra. Its Hindutva  concept does not believe in the constitutional values ​​of secularism, pluralism and unity in diversity, whereas Dr. Ambedkar was a strong supporter of all of them. The RSS-backed BJP government is committed to the establishment of a Hindu Rashtra. Dr. Ambedkar cautioned the demand for a religion-based nation of Pakistan in the 1940s, saying, “If India becomes a Hindu Rashtra, then of course there will be a great threat to this country.” Whatever Hindus say, Hindutva is a threat to liberty, equality and fraternity. On this basis, it is unsuitable for democracy, Hindu raj should be stopped at all costs.” About 80 years ago today, the danger that Dr. Ambedkar had warned about is knocking at our door. At the moment, even though the Constitution has not been changed and India is still, formally secular, in real life, the Hindutva forces have established effective control over society and culture as well as the state.

Ambedkar wanted to prevent the formation of a Hindu Rashtra under any circumstances, because he considered the Hindu code of life completely opposed to liberty, equality and fraternity. The reason for his opposition to the Hindu Rashtra was not limited only to the hatred of Hindus towards Muslims. The truth is that he considered the Hindu Rashtra to be more dangerous for Hindus than Muslims. He considered the Hindu Rashtra to be against Dalits and women. He had clearly stated that maintaining the caste system is an essential condition that women should be prevented from inter-caste marriages. He believed that no social brotherhood could be imagined in the face of this inequality. Caste inequality is the essence of Hindutva. This led him to the conclusion that ‘Hindutva and democracy stand at two opposing ends’. All the facts show that Hindus can leave everything, but not caste which is their basis and Ambedkar did not imagine a democratic society without its demolition.

Therefore, today it is the duty of all the countrymen who believe in the ideology and constitution of Dr. Ambedkar, to mobilize against the Hindutva agenda of RSS / BJP to establish a Hindu Rashtra and make it a failure.

Now if we look at the economic policies of the present BJP government, these are pro-corporate policies based on finance capital whereas Dr. Ambedkar was a strong advocate of state socialism. In his own draft of constitution, which he circulated to the members of the Constituent Assembly on behalf of the of Scheduled Castes Federation of India and which later appeared as a book titled “States and Minorities”, the nationalization of agricultural land, formation of plots of the acquired land of the appropriate size. Dividing into farms, allocating them to rural family groups to cultivate as units, collective farming on them, giving agriculture the status of industry, etc. were revolutionary suggestions. At the same time, he was in favour of keeping all the major industries under government control, industries which are not major but basic to be  run by the government or government undertakings. He was in favour of keeping insurance in the hands of the government only and compulsory insurance policy for every person. He was also in favour of keeping all types of mining in government hands. In fact, he was a strong supporter of state socialism in place of free capitalism.

On the contrary today we are seeing that the present Modi government is implementing the policy of privatization and globalization with rigor. Instead of making agriculture profitable through collective farming, by making new agriculture laws and making arrangements for handing over farming to big companies and corporates, against which the nationwide farmers movement has been going on for a long time. Private companies have entered the insurance sector and the government insurance company LIC is being sold. The public sector undertakings made with public money are being sold. The electricity system established by Dr. Ambedkar is being privatized by making a new law. Mining is being increasingly privatized.

After independence, the whole economy is being handed over to the corporates driven by global finance capital and the open market is being promoted which is not in the interest of the common citizen. In the Constitution, instead of ensuring equitable distribution of national wealth and preventing centralization in a few hands, all national wealth is being sold to a few hands. Mining is being increasingly privatized, leading to loot of mining wealth. Modi government is a corporate supported government which is completely reversing the socialist provisions/laws contained in the constitution to benefit them. It should be opposed in the national interest.

It is well known that as Labour Member of the Viceroy’s Executive Counsel before independence, Dr. Ambedkar had enacted lot of labour laws for the welfare and protection of workers which were still in force. These include 8 hours of work, employee’s insurance scheme, maternity leave, equal pay for equal work, housing facility, EPF, right to strike, representation of workers in management, employment exchanges and trade union rights etc. In fact, Babasaheb got the rights of labourers in India in a period of four years (1942 to 1946), which others got after a long struggle in other countries of the world. On the contrary, the present Modi Government has abolished all those laws and has created four Labour Codes, which are totally anti-labour. It is actually a document of slavery of workers. In this, the working hours have been enhanced to 12, the take home salary has been reduced and contract workers’ right to be made permanent has been taken away. The weekly holiday has been abolished, the contractors have been exempted from registration and the employers have been relieved of the social and life safety responsibilities of the workers. The Modi government is doing all this in the name of running the industries with ease. This work of the Modi government is extremely anti-worker and promotes their exploitation. This is negation of laws made by Dr. Ambedkar for labour welfare.

Therefore, it is clear from the above brief discussion that the present Modi government’s effort to establish a Hindu Rashtra, implement privatization and globalization rapidly and subject the economy of the country to global finance capital, corporate farming, and handing over grain markets, industry, mining and insurance to them, abolishing labour laws, etc. and is following the anti-people policies vigorously. It is contrary to the philosophy and ideology of Dr. Ambedkar. Hence, on the occasion of Ambedkar Jayanti, the current economic policies and efforts to make the country a religion based Hindu Rashtra in place of a secular state should be discussed and opposed which will be a true tribute to Dr. Ambedkar.