The priorities of our foreign policy, which emanate from the developments in our immediate neighbourhood and beyond, are of equal importance and actually interdependent.

Turkey is situated at a strategically important and yet an extremely turbulent geography. Turkey’s immediate neighbourhood, which is also the southeastern border of the EU, is fraught today with fragilities, bad governance, potential, frozen and active conflicts, economic degradation, environmental destruction and humanitarian crises, including forced migration. However, the sad truth is that there is so far no common vision and strategy to make this region more resilient.

Facing the greatest humanitarian catastrophe since the World War II, we cannot wait for the problems to come knocking at our door. This is why we have to be proactive and come up with preventive solutions. Powered by her growing means and capabilities, Turkey strives to effectively respond to today’s challenges, in a determined and principled manner, as a reliable and responsible actor guided by the dictum: “Peace at Home, Peace in the World” formulated by Atatürk and pursues a human-centric and cooperation oriented foreign policy, which “reflects the enterprising spirit and humanitarian values of our nation” as underlined by President H.E. ReccepTayyip Erdoğan.

The priorities of our foreign policy, which emanate from the developments in our immediate neighbourhood and beyond, are of equal importance and actually interdependent. Is it possible to strengthen regional security and stability or protect our citizens without an effective fight against terrorism? Can we eradicate terrorism without developing a global vision and cooperation and tackling its underlying causes?

Countering terrorism and extremism in all its forms and manifestations in an effective manner is at the top of Turkey’s agenda. Across the world, both terrorism and extremism pose a crucial threat to peace, security and stability. Addressing these challenges requires an effective and honest cooperation of the international community.  In order to contribute to the global efforts to this end, Turkey actively engages in the Global Counter Terrorism Forum (GCTF) as well as in the anti-DAESH coalition.  In fact, Turkey has been the only member of the coalition to put a chest-to-chest combat against DAESH in Syria. On the other hand, in order to effectively respond to these challenges, the root causes including failed states, economic inequalities, social injustice and lack of resources, fragilities and vulnerabilities need to be addressed. We need more resilient and stable states and societies, as well as inclusive/comprehensive economic growth in order to achieve sustainable development goals and social justice.

Reinforcing the security and stability in her region is also one of Turkey’s main foreign policy priorities.  One of the key impediments in this regard is the Syrian conflict. Over the past 10 years, the country became home for terrorist organizations, terrible destruction and human exodus. Conducting three military operations so far, Turkey took action on the ground to clear more than four thousand square kilometres from terrorist organizations. Thus, the land domination of DAESH ended, allowing more than 400.000 Syrians to return to their homes. This action has also strengthened territorial integrity of Syria, which was under the attack of both DAESH and PYD/YPG, the Syrian offspring of PKK. Turkey only uses military means to provide for her security, also works hard at the diplomacy table to find a political solution based on the political unity and territorial integrity of Syria, in compliance with the UN Security Council Resolution 2254. The Astana mechanism initiated with the two major players on the ground, Russia and Iran, was meant to serve this end. Last but not least, opening our doors and resources to the Syrian people escaping from the horrors of war, we saved millions of lives. We continue to host 4 million refugees, out of whom 3.5 million is Syrians.

Unfortunately, our preoccupation regarding our immediate neighbourhood is not limited to the Syrian crisis. In the recent past, a new tension has arisen in the Eastern Mediterranean due to the maximalist claims of Greece over maritime boundary delimitation. Actually, Greece is claiming a continental shelf of 40 thousand of square kilometres for a tiny Greek island like Meis (Kastellorizo) of 10 square kilometres, situated at 2 kilometres away from Turkey and 580 from Greek mainland, thus cutting off Turkey’s access to high see and her own maritime zones. Turkey, in turn, has no other objectives than a fair and equitable delimitation of maritime boundaries, protection of her continental shelf rights against maximalist claims, protection of Turkish Cypriots’ equal rights over off-shore resources and creation of a genuine, inclusive, fair and equitable off-shore energy cooperation mechanism with the participation of all parties, including the Turkish Cypriots, in the Eastern Mediterranean.

To create a belt of peace and prosperity in her surrounding, Turkey has initiated a number of regional cooperation mechanisms.

Disregarding fundamental rights of Turkey, which has the longest relevant coastline in the region, on the name of European solidarity, would be a great injustice towards a country, which has strongly defended NATO’s borders for the last 70 years. Turkey continues to do the same today by stabilizing a vast region which fell prey to instability. One should remember that NATO’s borders are also Europe’s eastern borders. Being among the top five contributors to NATO’s operations as well as the eight largest contributor to NATO in financial terms, Turkey also defends and promotes our common values of democracy and freedom.

To create a belt of peace and prosperity in her surrounding, Turkey has initiated a number of regional cooperation mechanisms. Using her position between Asia and Europe, and as a G20 member and accession candidate to the EU, Turkey is striving to reenergize the region to realize its true potential. We have developed 14 mechanisms that facilitate dialogue between regional actors in the Balkans, Asia, Middle East, and Eastern Europe, within our immediate neighbourhood. However, as distances shrink through technology and digitalisation, we expand the horizon of our foreign policy to reach out to other regions like Africa, Asia-Pacific, Latin America and the Caribbean, through partnerships. Last year, we initiated a new strategy called “Asia Anew” to further boost our relations with the whole Asia while continuing to maintain our close cooperation with regional and international organizations.

Last, but not least, humanitarian diplomacy is an indispensable part of our foreign policy. According to the Development Initiative’s (DI) Global Humanitarian Assistance Report, Turkey became the most-spending country in terms of global humanitarian assistance for two years in a row with a total of 8.1 billion aid in 2017 and 8.4 billion aid in 2018. The recent pandemic taught us once again how interdependent we all are and that unless we all are safe, none of us is. With this understanding, we extended assistance to 153 states, including EU members and even the US, and also eight other international organizations worldwide. We are currently ranked as the second in global medical assistance. However, our solidarity was not limited to medical assistance; as the fifth largest in terms of the diplomatic network in the world, with our 248 missions, we also worked for the repatriation of 5500 foreigners during this difficult period.

To sum up, being at the centre of a conflict-ridden region, while safeguarding her national interests, Turkey will continue to work for a peaceful resolution of the conflicts as well as her mediation efforts within the scope of her enterprising and humanitarian foreign policy.  Since the regional conflicts having the potential to trigger global instabilities and problems challenging the well-being of the entire humanity require global understanding and solutions, we call upon each member of the international community to promote cooperation rather than confrontation and join hands with us to address our common challenges. 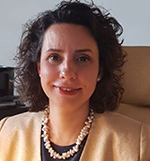 (The writer, Her Excellency R. Demet Şekercioğlu is Turkish Ambassador to Sri Lanka. Graduated from the Department of Economics of the Faculty of Political Sciences, Ankara University in 1995 and joined the Ministry of Foreign Affairs of Turkey in 1995. )