As soon as an air traffic services unit becomes aware of an unidentified aircraft in its area, it must  endeavour to establish the identity of the aircraft whenever this is necessary for the provision of air traffic services or required by the appropriate military authorities in accordance with locally agreed procedures.

by Dr. Ruwantissa Abeyratne in Montreal

It was reported on 20 October 2020 that, in response to a proposal presented by the Minister of Tourism, the Cabinet of Ministers had approved the “complete restructure” of  the Colombo Flight Information Region.  The report went on to say: “ The area of Colombo Flight Information Region is nearly 25 times the total land area of Sri Lanka. Airport and Aviation Services Limited is responsible for providing quality navigational services within the aviation information zone…Accordingly, in the future, Sri Lanka will have to maintain the services to meet the expected capacity demand in the Asia Pacific region, as well as the aviation procedures and related infrastructure facilities in line with the standards set by the International Civil Aviation Organization…Therefore, the existing airline structure in the Colombo Flight Information Region needs to be adjusted immediately to meet the current needs in line with the International Civil Aviation Organization’s concept of “uninterrupted navigational services”. 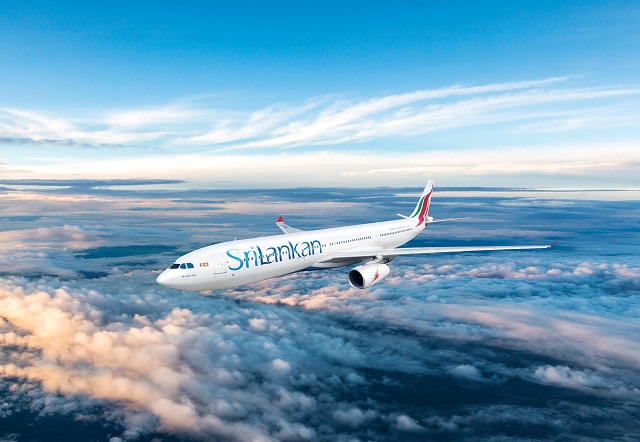 A Flight Information Region (FIR) is defined as “an airspace of defined dimensions within which flight information service and alerting service are provided”.  In other words, an FIR covers those portions of the airspace where it is determined that flight information service and alerting service will be provided. A flight information service is a service provided for the purpose of giving advice and information useful for the safe and efficient conduct of flights.  FIRs and their establishment are governed by the Convention on International Civil Aviation which, in Annex 11 thereto provides that  States parties to the treaty are required to determine, in accordance with the provisions of the Annex and for the territories over which they have jurisdiction, those portions of the airspace and those aerodromes where air traffic services will be provided. They must  thereafter arrange for such services to be established and provided in accordance with the provisions of the Annex.

Following the events of 11 September 2001, where civilian commercial aircraft were used as weapons of mass destruction, Air Defence Identification Zones (ADIZ) gained prominence as a tool with which a State could control and be prepared for aircraft approaching their territory. An ADIZ is an area in airspace over land or water which may not be over the sovereign territory of a State in which ready identification, location and control of all aircraft is required in the interest of national security.  ADIZ must not be confused with FIRs which are areas established for the facilitation of airspace and air traffic management. FIRs generally involve a subjacent State which has undertaken responsibility for providing air traffic control services.

It is encouraging that Sri Lanka has taken this initiative based on its sense of responsibility toward an evolving need for enhanced air navigation services.  This initiative also brings to bear an enhanced responsibility on Sri Lanka as a State. This fundamental concept of State responsibility has to be viewed from the perspective of modern exigencies of the supply and demand curve of air traffic services where such services are currently being provided both regionally and on FIR basis. The need for a shift of focus of the modern air navigational system is determined by two factors: the growing air traffic demand and the need for enhanced and more efficient air traffic services; and the transition into a seamless air traffic management system calculated to obviate inconsistencies caused by boundaries.  The goals of a global seamless air traffic management system are: to provide greater flexibility and efficiency by accommodating user-preferred flight profiles; to improve existing levels of safety; to accommodate the full range of aircraft types and airborne capabilities; to improve the provision of information to users, including weather conditions, the traffic situation and the availability of facilities; to organize air space in accordance with air traffic management (ATM) provisions and procedures; to increase user involvement in ATM decision making, including air-ground computer dialogue for flight plan negotiation; to create, to the extent possible, a single continuum of airspace where boundaries are transparent to users; and to increase capacity to meet future traffic demand.

Dr. Abeyratne is the author of Air Navigation Law, (Springer:2012).  He held senior positions in air transport and law at ICAO and presently teaches air law and policy at McGill University.