Modern democratic societies rely on a plethora of state institutions with different functions for their stability, functioning and progress.

There are many factors that affect the way public affairs are managed in a country. The basic law of the country is perhaps the most important one. Hence the current debates about the proposed 20th amendment to the constitution. As the discussions and debates so far show, the proposed amendment has many ramifications and I do not intend to touch on all these in this short article. While acknowledging that all the diverse aspects discussed by various commentators are important, here, I wish to concentrate on a few selected isssues. These relate to STATE institutions, their functioning and the policy process. 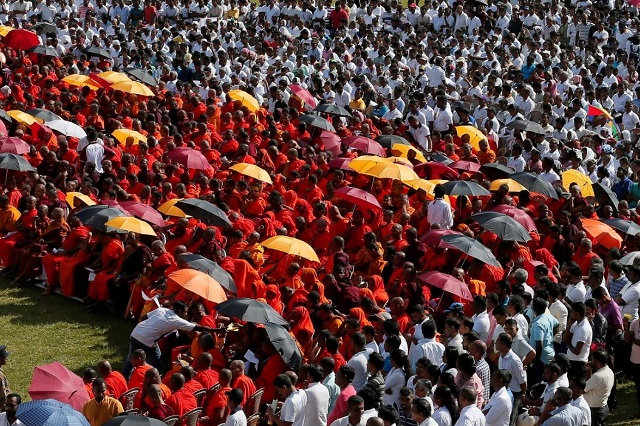 Modern democratic societies rely on a plethora of state institutions with different functions for their stability, functioning and progress. It is their diverse functions that ensure the fulfilment of needs and aspirations of the members of society in keeping with widely held values, ideas and standards. These values, ideas and standards are usually enshrined in the basic law and other laws, rules and regulations. So, the role of the legislature elected by the people in enacting the laws of the land including the basic law is critically important as such laws are expected to reflect their values, ideas and standards. Beside the legislative function, the legislature also deliberates and reach decisions on the management of public finances and national policies in diverse fields, indicating its overarching impact on the management of public affairs.

As mentioned before, diverse state institutions perform a range of functions, all of which are critically important to safeguard the widely shared values and standards in society, satisfy the needs and aspirations of the people.

While many commentators have already discussed the larger issues connected with the relationships across legislative, executive and judicial branches in terms of checks and balances, I wish to concentrate on the state institutions that have been established over the years to manage public affairs in the country.

As mentioned earlier, modern democratic societies rely on a wide range of state institutions to deal with economic, social, cultural and environmental issues that affect the lives of the people. The need to establish various institutions is recognized through public discourses and the final decision to establish a state institution is reached through a political process in the legislature. This is often connected with policy debates and the shape of the institutions is determined by the policy positions adopted in the process. Since the whole process is steered by people’s representatives and political parties in parliament, the establishment of the institutions is reflective of the need to guide the process of implementation of policies adopted by the legislature. These policies in turn may relate to a diverse array of subjects such as regulation of individual, group or community behavior, maintenance of public order, justice, peace, development, education, health, social protection and public welfare, protection of special interest groups such as children, women, youth, unemployed, homeless and poor people, environmental protection, management of public finances, technology development, social infrastructure, international relations, etc.

Given the complexities involved in managing the affairs in the above areas, it is not surprising that there are hundreds of state institutions in the country today established over several decades. These institutions are expected to perform diverse functions mentioned above in keeping with the laws, state policies, social standards, conventions, social norms, international obligations, etc. An important way to make sure that the institutions do so is to professionalize them by adopting proper human resource management practices and ensuring institutional and professional autonomy without ad hoc political interferences. It is only under such circumstances that state institutions can be expected to function to the satisfaction of the people who sustain them by contributing to public finances through various taxes they pay.

Given the range of functions that state institutions are expected to perform, it is obvious that well performing state institutions can improve the life chances of people, in particular, the disadvantaged segments of the population. Yet, many state institutions are prevented from functioning effectively due to excessive politicization and lack of necessary resources. The development of institutional capacities takes place over many years of sustained improvements in human and material resources but, when people in key positions are replaced after every change of government, institutions adversely affected by such change tend to decay rather than grow. The adverse impact of politicization is often further compounded by corruption engendered by such interferences, not to mention the demoralization of the workforce that often follows.

The proposed constitutional amendment has also to be viewed in the light of the above brief discussion on the role of state institutions in the management of public affairs. Even if we go by what has already happened in recent months in terms of increasing politicization of state institutions, how can we expect any improvement in the way these institutions are managed. Let me emphasize that hundreds of institutions have been established by Acts of parliament to achieve very important national goals and objectives in diverse fields.

Today, we are living in a world where anyone can have access to any information relating to almost every country with the touch of button of any communication device. Different countries are governed by regimes with diverse political ideologies, policy orientations and governance styles. The shape of state institutions and their performance diverge widely depending on such variations. The benefits that the countries and their people derive from institutions also vary accordingly. This is a very wide subject that can be discussed at length but space does not permit me to do this here. So, let me give a few examples to illustrate the point.

It is well known that almost all East Asian countries achieved great economic and social progress in recent decades largely thanks to increasing technocratic orientation of their state institutions. To achieve rapid economic development, these countries invested heavily in education and Research and Development (R&D). This was done by strengthening relevant institutions, in particular universities and research institutes by adopting a technocratic approach. A similar approach was adopted to revamp state economic enterprises, by getting the most competent people to lead them. In other words, increasing professionalization of state institutions enhanced their performance bringing tangible benefits to the country and the people.

By contrast, our state institutions became more and more politicized and used by many regimes to offer employment and other rewards to political supporters and leading political activists. While this is a far cry from the meritocratic and social democratic approaches adopted in many modern societies, consequences have been quite clear; injustice, discrimination, political violence, corruption and deterioration of institutions, economic stagnation and brain drain. While the 19th amendment to the constitution, despite its shortcomings, was an attempt to reverse the above trends, now, the proposed 20th amendment is likely to create conditions that would pave the way for increasing political control over state institutions that were established over many decades to serve a larger national purpose by contributing to economic and social development, public welfare, social justice, peace and stability, public order based on rule of law, environmental protection, equitable social infrastructure and equal life chances to all citizens.

( The writer, Emeritus Professor of Sociology, University of Colombo )