One would not know at this stage as to what the British citizens would think about the thought process of Boris Johnson and most probably he would not care about what his countrymen and those who voted for him in the election and those who elected him as the Prime Minister would think.

Strange things are happening these days all over the world.  A number of  people say  something or act in a way that are not appropriate,  considering their position in their family , society , government or their age. It appears that Britain is not an exception to this global trend. 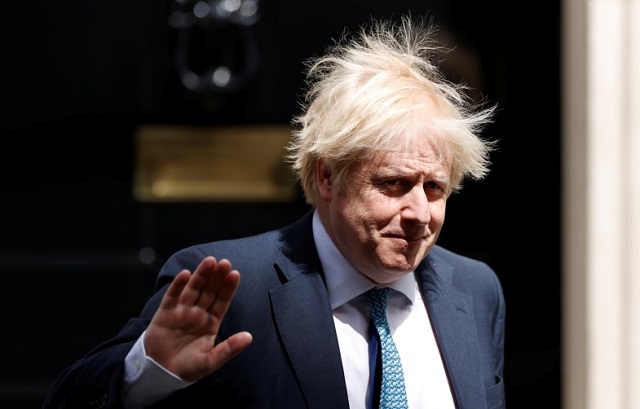 Is  not that position so responsible and respectable , that it would amount to crazy thinking if someone would judge the position in terms of pay packet?

One can understand if a professional at any level would want to quit a job and change to new one,  if he would not be satisfied with the  pay packet. A professional mostly work for his own satisfaction and to meet his personal and family interests,  while functioning in any job.  In most cases, if the professional discharging his duties would benefit the country or the society , it would be incidental. Everyone accepts that the professional is entitled to have expectations with regard to  the  pay packet. But, this cannot be said about a politician ,  who is supposed to be in public life and day in and day out say and promise that he would want to serve the country and even  by sacrificing his interests.

Every politician  including the British Prime Minister Boris Johnson have made  promises of doing good to the country and seeking positions of power  claiming that he is in public life to serve the national cause. Certainly, at every opportunity , Boris Johnson would  have said during his election campaign   that he would do this or that for the country and nothing about his personal  expectations regarding his pay packet.

While people believe and vote for a politician during an election thinking that he would serve the country as promised, it would be dishonest  if a politician would get elected and then occupy position in the government and then complain  that his pay packet is inadequate. If he would  make such complaint,   then he would be accused  of concealing his  real  intentions when he campaigned during the election.

By stating that his pay packet is not bigger than what he was earning before becoming the Prime Minister and wanting to quit the Prime Minister’s post now  to earn more elsewhere, Boris Johnson has  not created a praiseworthy standard for British Prime Minister. This is particularly surprising ,  since a British Prime   Minister is acting in this way, since he is leading the British government .  People all over the world think that the British Parliament is the Mother of Parliaments because the British Parliament has been the model for most other parliamentary systems, and its Acts have created many other parliaments.

One would not know at this stage as to what the British citizens would think about the thought process of Boris Johnson and most probably he would not care about what his countrymen and those who voted for him in the election and those who elected him as the Prime Minister would think.

If  Boris Johnson  would care , then he would not have complained about his pay packet , which amount to belittling the prestige and status and thought process of a British Prime Minister.