A practical approach in Sri Lanka would be to hold presidential and parliamentary elections at the same time every five years. The two elected institutions will have to learn to work together between elections regardless of who holds the majority in parliament.

No one knows who the mice are and who the men are in the current government. But everyone knows that the best laid plans of both – for the 20th Amendment, are going astray. The amendment may still get passed, but the process which began with a bang is teetering to a whimper. The passage may well be a pathetic and Pyrrhic victory. The Administration will have to show how the restored presidential powers (not that they needed any restoration) are going to dramatically change the government’s scrambling responses to the resurgence of Covid-19 and the economic crises. 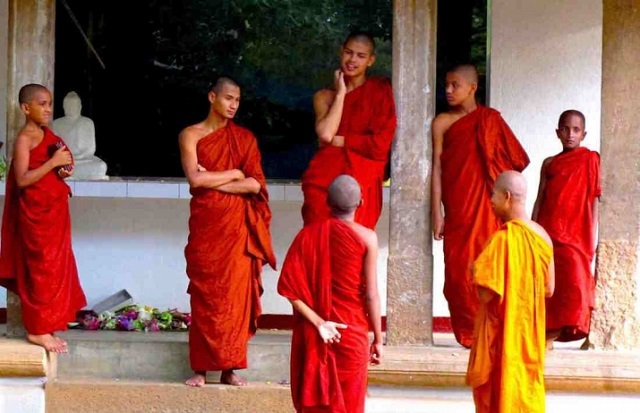 Basil Rajapaksa may still return to parliament as a dual citizen of Sri Lanka and the US, but many a face will be made behind MPs’ masks on the government side in parliament, while the opposition MPs will keep their masks and howl Basil greetings at any and every opportunity. Face making behind masks will extend to cabinet meetings. To be fair, the dual citizen will also be at liberty to make return faces at his patriotic detractors from behind his own mask.

All in all, it will be a subdued return by Basil Rajapaksa (BR) to parliament and not the triumphant one that he might have been looking for. Most people in the country will see the return of Basil Rajapaksa to parliament without relinquishing his US citizenship as the only outcome from the 20th Amendment. They will be hard pressed to see any other significant or nationally beneficial outcome. The most significant development so far on the 20th Amendment front is the opposition to it emanating from within the government’s own ranks in parliament and from within its support fortresses outside parliament.

The government has virtually won the Supreme Court battle, even managing to allegedly leak the Court’s ruling to the media before it was presented to parliament. It is still confident of mobilizing a two-thirds majority in parliament. But outside those forums, the government is losing credibility. There are mini revolts in the temple, and a Catholic Action that is different from the 1960s. Severally and together, the two new developments will have interesting implications for the 21st century Rajapaksa yugaya in Sri Lankan politics. It is already into two decades, the common span for dominant family politics. Nascent signs of Rajapaksa fatigue in the body politic are not too inconspicuous.

There have been daily waves of disenchantment. The first to emerge was at the government parliamentary group meeting on Friday, October 9. After the weekend, on Monday October 12, came the salvo from the Amarapura-Ramanna Samagri Maha Sangha Sabha. The Catholic Bishops’ Conference came out on Tuesday, October 14, calling for the full withdrawal of the 20th Amendment and a new national endeavour towards yet another new constitution. The National Christian Council made its views known on Wednesday, October 15, and on the same day the Women and Media Collective released a detailed statement on the flaws of the 20th Amendment. There may have been others after I finished writing this piece on Thursday.

While all these objections are quite substantial, the statement of the Amarapura-Ramanna Sabha included an excellent summary of the positive accomplishments of the 19th Amendment. The five 19A accomplishments listed by the Sabha are worth more than a few looks: (1) Re-introducing the Constitutional restriction for two terms for a President by Article 31(2), which had been removed under the 18th Amendment; (2) Restricting foreign citizens from becoming Members of Parliament or President by Article 91 (c) XIII; (3) Establishment of a Constitutional Council to oversee appointments to important positions in public service; (4) Establishment of Independent Commissions by Article 41 (b) VI; and (5) Subjecting the appointment of Judges to superior courts by President, to the approval of the Constitutional Council by Article 41 C.

One omission in the list, from the standpoint of separation of powers, is 19A’s check on the President’s power of dissolution over parliament. There is as much innocence as there is ignorance on this matter, at every level and in all branches of the state. The 1972 Constitution gave the President, then only a Head of State, the flexibility to deny a Prime Minister’s request for dissolving parliament within a year after a general election. This provision was included solely based on the experience of the 1960 March and July parliamentary elections, and to avoid a repetition in the future. JR Jayewardene quite mistakenly borrowed the 1972 provision and turned into a presidential power to dissolve parliament any time after one year of a parliamentary election. This power of dissolution is utterly incompatible with the separation of powers which JRJ proudly enshrined in the 1978 Constitution.

For separation of powers to mean anything the executive should have no power of dissolution over the legislature. That is the system in the US, where there is a ‘non-dissolution’ Congress, that faces elections at prescribed intervals – two years for the House; and a staggered term of six years in the Senate, with elections held every two years for a third of the Senators. Every leap year, the Congress elections coincide with the presidential election which is held every four years.

A practical approach in Sri Lanka would be to hold presidential and parliamentary elections at the same time every five years. The two elected institutions will have to learn to work together between elections regardless of who holds the majority in parliament. If they cannot, one of them will have to go. And it cannot be parliament unless the President’s spoken word becomes law, which would be transmitted orally, and the country is rendered legally illiterate. No pettifogging for fees over written laws, and no fussing over a written constitution.

A common point of contention among all critical government supporters is the 20th Amendment’s removal of the 19A provision barring dual citizens from becoming MPs or Presidents. Vasudeva Nanayakkara momentarily found his long-lost young voice in picking apart the ad hominem Basil clause at the government parliamentary group meeting. The Minister of Health Pavithra Wanniarachchi reportedly contradicted Vasu and spoke out for BR, calling the 19A provision a mala fide insertion targeting the Rajapaksas. She is specially qualified to talk about mala fide constitutional clauses while (nominally) presiding over bona fide staffing maladies in the Ministry of Health and the Medical Research Institute. Per usual, Mahinda Rajapaksa had to step in to partially salvage the matter by offering to remove the dual-citizenship restriction only for MPs but retain it for future presidential candidates.

But that does not seem to be satisfying anybody. The whole absurdity of the original Basil-clause is in the mockery it makes of the supreme sacrifice that Gotabaya Rajapaksa had to make in relinquishing his US citizenship to become president of Sri Lanka. As originally drafted, by the still unknown ghost drafter, the Basil-clause would render any dual citizen to be eligible to be a presidential contender in future. For now, the Basil-clause will primarily serve Basil to become a nationally listed, but unelected, dual citizen MP. Should he decide to have a kick at the presidential can down the road, he may have to figure out a new scheme to score that future goal. He will have no problem finding a creatively pleading lawyer and a creatively receptive bench to make things happen as and when they are needed. There will be little purchase, however, among the people. They are nervous about the virus, anxious over economic uncertainty, and are getting tired of amateurish constitutional games.

It is fair to say that the discrediting of the 19th Amendment is entirely attributable to the joint failure of Maithripala Sirisena and Ranil Wickremesinghe. It should be equally fair to say that with the two men themselves discredited and out of the picture (albeit Sirisena is still loitering in the shadows of the SLPP), and the government rushing to repeal and replace 19A including many of its positive provisions, informed sections of the public are standing up to defend the threatened provisions.

The government’s pathetic purposelessness behind the 20th Amendment was demonstrated fittingly by the principal Rajapaksa sidekick, GL Pieris, at the government parliamentary group meeting where he apparently argued that 20A is necessary because the IGP and the Attorney General cannot be removed from their posts under 19A. No one took the old law professor seriously; nor did anyone take Pieris’s politically aspiring understudy Ali Sabry seriously. According to multiple media reports, Pieris and Sabry co-anchored a power point presentation to the group to explain the nuts and bolts of the Twentieth Amendment. Those who had misgivings were not impressed. And they asked questions.

President Rajapaksa was also not impressed by those who dared to ask questions. That seems to be the main takeaway from the meeting in the many reports about it. The President reportedly went on the attack as the best of form defense, with or without the portfolio, and especially harsh on Gevindu Kumaratunga, the viyathmaga advocate of a brand, new constitution. “I want to deliver,” was a presidential refrain throughout the meeting, according to multiple reports.

Somehow, the President has got it in his head that the 20th Amendment should also be one of his deliverables. He has also got in his head that a whole new constitution is an even larger deliverable that is expected of him. These burdens are quite unnecessary, even unfortunate. Nobody expects Gotabaya Rajapaksa to be a 21st century Colvin R de Silva, or JR Jayewardene.

Hopefully, it is not too late before President Gotabaya Rajapaksa realizes either on his own counsel, or others’ advice, that people will not hold it against him if he does not deliver either on 20A or a whole new constitution. What the people will not forget, or electorally forgive, would be the President’s failure to protect their health from the coronavirus and protect their households from economic destitution. Anything less will not pass muster with the public. The widespread criticisms against the 20th Amendment are not going to bring down the government. But they are strong warnings of future storms.