De Silva drew attention to a comparative estimation given to another proposed LRT line of 32 kms in length considered based on a PPP model was over US$ 2.1 billion. That would bring the cost per kilometer of it to US$ 65.3 million making the cancelled JICA LRT cost much less than that.

Senior Lecturer in the Transportation Engineering Division of Moratuwa University says that the Japanese-funded Light Railway Transport (LRT) project in metropolitan Colombo, which was abruptly and unilaterally cancelled by the Sri Lankan government in September, should have been persisted with because it would have assured over 20% economic internal rate of return on investment and given a sustainable solution to traffic congestion to a corridor which has the highest vehicle growth and highest congestion at the moment. 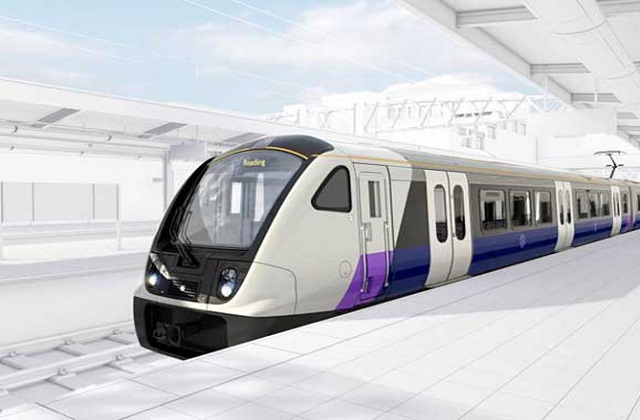 Dr. De Silva told the media on Wednesday, that the project was worthwhile both from the point of view of present and future transport needs of Colombo and the return on investment. The elevated track would have taken a good chunk of the traffic during peak hours and would have had Rs.38 billion of economic benefit per year in terms of travel time savings and fuel cost savings or rather saved 10% of the total cost of congestion in Colombo.

The government, cancelled the Japanese International Cooperation Agency (JICA)-funded Phase I of the LRT project on the grounds that it had “limited use” covering only 16.7 km from Malabe to Fort, and, (considered) at “US$ 2.2 billion” was “costly.

The partner Japanese government was neither consulted nor officially informed, diplomats said. Dismayed, they feared that the cancellation and the style in which it was done might adversely affect Sri Lanka’s image as a desirable investment destination. They also said that the JICA which did the feasibility study meticulously, might consider the rejection as a slur on its competence. JICA is one of the major sources of funds for Sri Lanka. A top government official said that Sri Lanka should not alienate Japan which has been a long-time friend and aid giver.

A US$ 1.8 billion Japanese soft loan was secured (Civil work at 0.1% and Consultancy services at 0.01% annual interest) where the used amount out of it to be repaid over 40 years with a 12 year grace period. The loan was not to be given in one go but in tranches from 2019 onwards. The first repayment instalment was to be given in 2030 after six years of operation and obtaining economic benefits. The last installment of repayments was expected to be given in 2058. One of the conditions was that 30% of the products used should be of Japanese origin.

The feasibility report on LRT Phase-I completed in 2018, estimated a total cost of US$ 2.2 billion which includes cost components such as VAT, price escalations, price contingencies closer to US$ 800 million which has been misinterpreted numerous times as the construction cost leading to the per km rate been (mis)presented as US$ 140 million per km. Dr. De Silva states that the per km rate has to be calculated based on construction cost, which is estimated at feasibility stage as US$ 1.3 billion (or at US$ 85 million per km). But after detailed engineering studies, it was re-estimated that the cost would be around US$ 1 billion reducing the unit cost to US$ 62.5 million per kilometer.

De Silva explained that if the cost per kilometer appeared to be high, it was because the distance was short (just 16.7 kms). He further added that the per km cost usually optimizes for around 30 km distance since fixed cost components such as system costs for electrical and mechanical systems, communication and signal systems together with rolling stock and maintenance yard will be fixed for a length of around 30 kms.

When the line proposed in phase 1 is extended from Malabe to Kaduwela and to Kottawa (via Athurigiriya) as per the Master Plan making it around 30 kms, the per kilometer cost will come down to around US$ 50-55 million per km based on the engineering estimates completed recently, he said.

De Silva drew attention to a comparative estimation given to another proposed LRT line of 32 kms in length considered based on a PPP model was over US$ 2.1 billion. That would bring the cost per kilometer of it to US$ 65.3 million making the cancelled JICA LRT cost much less than that.

As for the argument that the railways are not being used by Sri Lankans, De Silva’s counter is that people use the railway heavily when provided and more capacity increase in railway will optimize the passenger movement. According to the feasibility study, the estimated passenger trip demand for the Malabe-Fort line in 2025 is 363,000 with over 14,300 passengers per hour being transported in peak hour direction. The estimated passenger trip demand in 2035 is 498,000 with 19,800 passenger per hour in peak direction, where travel time from Malabe to Fort will be 32 minutes and from Fort to Sethsiripaya will be 18 minutes.

The space under the elevated track can be used for commercial purposes. The elevated track will obviate the need for level crossings which if closed frequently will disrupt the smooth flow of road traffic. With thousands taking the LRT, congestion on the roads will be reduced and vehicles can move faster, cutting down on travel time and fuel use.

The government has already committed around Rs.5 billion (US$ 27 million) for consultancy. On cancellation this has to be paid immediately to JICA. Dr. De Silva also refutes the argument that Japanese products cost a lot even though their loans are cheaper. He points out that if an alternate proposal, say at 5% interest rate, is to be considered to be equivalent or better than the JICA proposal, the alternative proposed cost has to be less than 50% of the JICA cost. The other fact that should be kept in mind is that Japanese rail cars have longevity –they last for 40 years.