There seems to be a mindset issue and attitudinal problem amongst the private sector management in the country. 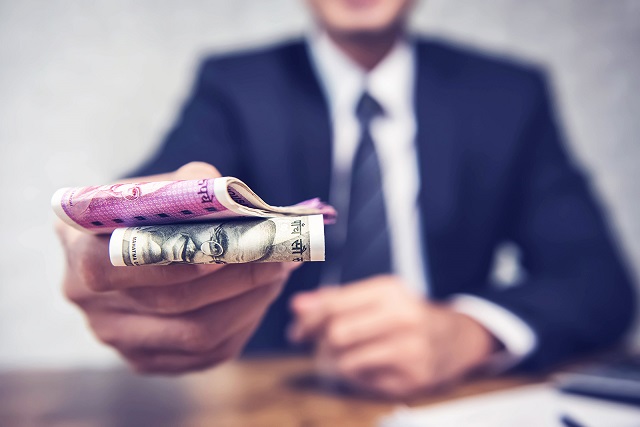 It is well agreed that there is the need to boost consumption in the country,  which can happen only by ensuring  large scale investments in new  projects and expansion of existing ones,  both in the manufacturing and services sector,  that would boost job opportunities and  increase per capita income  and buying power of the people.

It is now absolutely necessary that manufacturing capacities should be built up in medium and large scale sectosr in diversified fields ,  that will inevitably lead to the setting up of several small scale and mini scale units and ancillary industries. It is a pre -condition that employment oriented small and medium scale units can come up,  only if manufacturing capacity would be built up in large and medium scale sector.

In spite of financial constraints and fiscal deficits, the Government of India  is taking measures to  give a boost to infrastructure projects such as road and bridge constructions etc.  Many reform measures have been introduced to  encourage investment by private sector companies.  Modi government is certainly responding to suggestions and criticisms from the industry in a proactive manner that helps in removing the bottlenecks to the extent possible.

Modi government  is certainly asking and even compelling the profit making public sector companies   in the manufacturing sector to  invest in new projects and expansion of capacities . In the last few years, most of the big projects that have been announced  and are being implemented in the country are  largely by the public sector organisations and the government initiated  infrastructure projects .  Revival of five ,large closed urea  fertiliser projects and coal based methanol projects are among those , which are being planned and set up in the public sector now.

What role does the private sector play?

It is conspicuous that there is a sort of lack of enthusiasm for making investments by private sector companies.

While it is true that  a number of private sector units in the medium and small scale sector  have incurred losses due to COVID 19 pandemic, it is also true that  quite a number of them , particularly in the petrochemical , agrochemical,   pharmaceutical   and software sector   have shown good performance and profit generation has been reasonable in the last few years.  Quite a number of them have not suffered losses even during COVID 19 period.    There are a  number of such cash rich companies in the private sector today.

The unfortunate fact is that even  private companies with cash surplus are waiting and watching without coming out with investment proposals.  A number of  proposals that have been announced are largely in” paper  stage“with little dynamism shown by a number of  private companies to accelerate the pace of progress.  This is too obvious to be ignored.

These days, we see a number of profit making manufacturing companies in the private sector diversifying into the real estate business and hospitality sector and even mutual fund business.   A good model for them from Reliance Industries !

In recent years, the country has also seen a few large domestic manufacturing units stopping the production  completely  and  importing the same product for trading in the Indian market.  By way of explanation, such companies argue that they make more money by importing and trading rather than manufacturing and this is a pragmatic management decision to boost the income and profit. Obviously, the superior option of optimizing the process parameters , reducing the production cost and adopting strategic marketing exercise to improve the performance do not seem to appeal to these units.

There are certainly enormous investment opportunities in India today  in several fields  including  in the chemical, petrochemical , agrochemical sector as well as in the  active pharma ingredients (API).  These  opportunities are not being  availed and exploited  by the private sector companies.

India is now becoming a net importer of several chemicals  and allied products as well as pharmaceuticals , electronic products and consumer goods where domestic demand is increasing steadily  and domestic capacities are not being built.  For example, India is importing more than 2 million tonne of methanol per annum and more than 1.8 million tonne per annum of polyvinyl chloride. (PVC)  Many other similar examples can readily be shown.  In all such cases, there are certainly possibilities of adopting suitable strategies in tune with the prevailing conditions in India to boost investment and capacity expansion.

In all such cases, what is clearly seen is the failure of the private sector to develop innovative schemes appropriate to Indian conditions  and set up internationally competitive  projects.

Is there investment constraint?

It is certainly not true  that constraints in the investment capability of the private sector is the basic reason for their lack of interest in forging ahead with new investment projects. Certainly, resource mobilisation   is not an unmanageable  issue for appropriate projects.

The recent public issues of a number of private companies have received overwhelming response  for viable and attractive projects.  Further, overseas investments can be tapped for projects  that are relevant to the present and futuristic conditions, if  such projects can be competently identified and proposed for participation as joint ventures by private sector companies.

A number of multinational companies are certainly willing to invest in India now,  particularly after the uncertainty with regard to investment possibilities in China  due to the  present global scenario.

In such conditions, the initiatives have to be taken by the private sector managements to identify the investment opportunities in diversified fields and invite multinational companies to join as joint venture partners.  Private sector companies  are not doing this adequately and are letting go of the opportunities.

It is true that in the technology front, Indian R & D  efforts have been  poor and disappointing. Several thousands of crore of rupees spent by the Government of India over the years in supporting research activities in public  and private  sector research institutes , in universities etc. have shown dismal results.  Indian project promoters are not in a position to depend on Indian technology to set up medium and large scale projects.

In the field of design and detailed engineering too , the capability of Indian companies are not adequate and does not create confidence. For example, India has around 30 operating urea   fertilizer projects for several years now but India still has to import  technology from abroad for setting up new urea projects.

In the case of medium and large scale projects, India has to seek technology support from abroad. One cannot point out a single case of Indian companies setting up large capacity projects with domestic technology and engineering expertise.

While such are the conditions, there is no constraint in acquiring technology from abroad and lack of domestic technologies need not be a constraint in setting up new projects in several cases.

There seems to be a mindset issue and attitudinal problem amongst the private sector management in the country.

Many discerning observers are of the view that the private project promoters  seem to be more focused on finding reasons  for advancing excuses rather than finding solutions for the problems with national pride in mind and determination to forge ahead.

On the other hand, they seem to be looking for easy options,  which is costing the country dearly.

Private companies should realize that  the Modi government   by itself can do only so much as it is doing now to boost investments  with it’s proactive policies. If the private sector would not cooperate, the government would be helpless.

A few decades back,  the investment climate in China by the private sector was similar to what is now prevailing in India.

China adopted the policy of inviting overseas technologies and investments in a big way a  few decades back and the private sector  in China responded with enthusiasm  and co operated with the overseas companies by way of technology acquisition and joint venture projects. The impressive e results are seen today.

China’s strategies  can be  good model for India

Finally, it has to be recognized that the corporate planning functions are not given due importance even by medium and large scale companies in India and “dedicated think tanks”  have not been set up to constantly look for new opportunities , keeping  track of domestic and global developments and suggesting appropriate strategies from time to time to forge ahead.

As such dedicated think tanks have not been constituted by many companies , identification of new project opportunities  in tune with the technology developments and marketing practices have become a difficult exercise for many Indian companies.