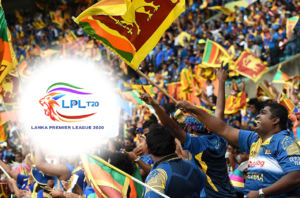 The official rights holder of the Lanka Premier League (LPL), IPG group, has unveiled a new logo for the upcoming tournament, which is set to commence on November 21st.

The logo has been designed to capture the Sri Lankan culture and heritage, fearlessness of the players, while the five coloured manes of the Lion on the logo will embody the five teams partaking in the tournament.

All you need to know about the LPL Auction 2020

IPG CEO Anil Mohan stated the following about the logo – “The LPL logo depicts what is very unique to Sri Lanka, its people, culture and Cricket, which holds an important place in everyone’s heart in this country. At the same time, it also has a global appeal which will help our international audience to connect with LPL easily. It has actually captured the spirit of the nation, we couldn’t have asked for anything better.”

Sri Lanka Cricket Vice-President Ravin Wickramaratne said, “I am extremely happy to see the wonderful fusion of the national colours with the symbol of Sri Lanka cricket in the LPL logo. I am sure this logo will help the fans connect easily with the event and they will come forward to support it with the same passion as their national team.”

The player draft of the tournament will be held online on 19th October with 75 short-listed players from overseas.

The post A new logo for Lanka Premier League appeared first on ThePapare.com.